Hello Doston, the passion for BEST ANDROID GAMES the smartphone has increased so much that there is hardly anyone who does not use it and that is why we get so many useful things in it which makes our daily work very easy. Where before we had to carry different devices for some of our work, after this we do not have to worry about them. Nowadays, everyone uses it more in their work than talking – online games, videos on YouTube, movies, chatting, etc. Where earlier we used to buy gaming devices separately to play games. 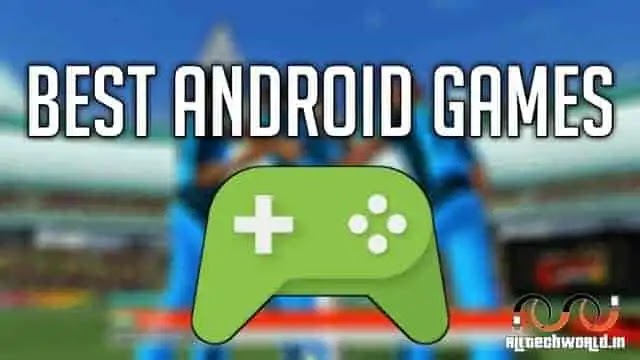 But right now you get such good games for your phone that there is no need to buy anything separately, today I am your friend, you will find a list of the best android games for your Android phone. You will like these games and the graphics are also amazing and we all like to play games in our free time, some games are so popular that even if they have never played themselves, their names and their Must have seen people playing. Companies are also coming to the market with the best android games, seeing the trend towards the games of people, some of which I am going to tell you. 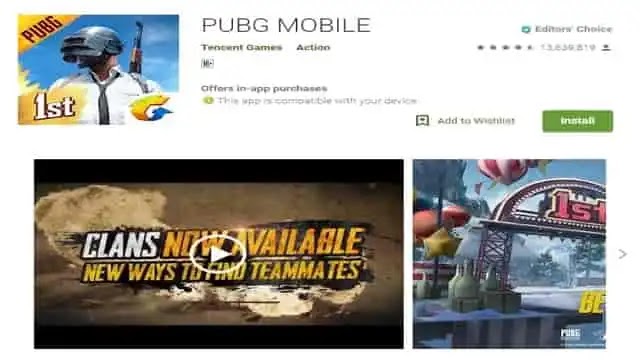 The PUBG Mobile game hardly has a person who does not know about it, you can guess its popularity by the fact that it is being played so much that the government has to ban it.
PlayerUnknown’s Battlegrounds, which we call pubg, is a shooting game in which 100 people descend on an island with the help of parachutes and kill each other by collecting the things in the game for themselves. When you kill someone, you can take all the goods near you, by reviving your friend, you can also save his life.
Its pc version became very popular after that a light version was installed for the mobile which has some light graphics but you will enjoy playing. The popularity of this game is so much that I could have stayed without taking it for the best android games. 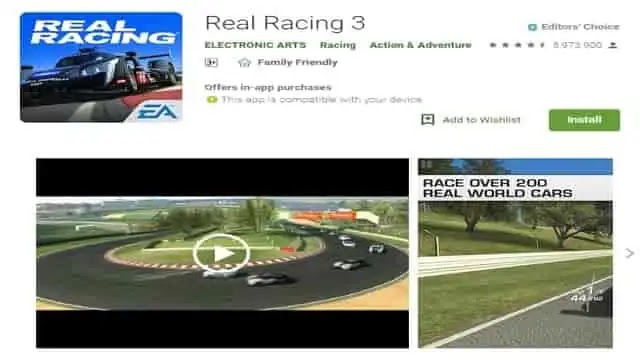 This game is very good for those who like racing games, its graphics are given in very good quality, the cars that are given to you in it give you a real feel to see.
It has been downloaded more than 200 million times so far and it has won many awards, so you can think that what a great racing game it is
In Real Racing, you have been given 17 real location tracks and due to the graphics being so good, the size is more than it takes up to 1.5 GB. 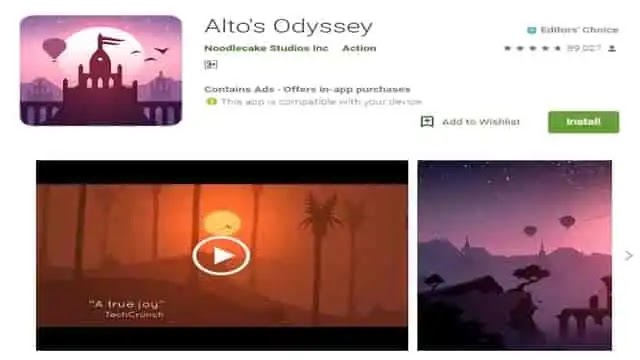 This is the next version of Alto’s Adventure, it has all the good things about the previous game and along with it, some improvements have been made in it like more Variety levels, movement tricks, more secrets to search, etc.
In this type of running game, most of its graphics and levels are seen, then believe me, you get to see different levels in it, whose color and style will be liked by you.
This game is easy to play, but it becomes difficult to master it, you can change it in your character. 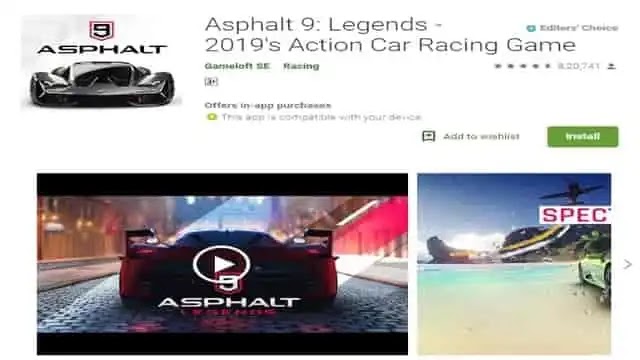 Asphalt has its own distinct identity in racing games. It has been created by Gameloft. This game has a complete series and is the latest game of the Asphalt series, in which you will get to see high quality graphics and absolutely realistic vehicles.
In Asphalt, you will get to run around 50 such cars which are not available in any game, it also has some new cars as well as new features such as now you can also build 7 multiplayer, a community of your own racers. I have played Asphalt 8 a lot and I have included asphalt 9 in the list of best android games. 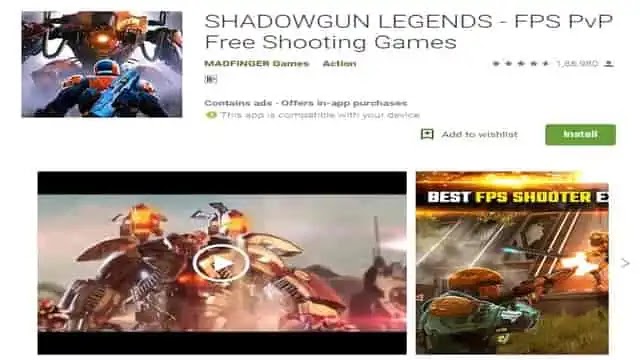 MADFINGER is very much ahead in making shooting games. Their list includes games like Shadowrun series, UNKILLED and Dead Trigger, out of which you have to shoot zombies in both Dead Trigger and Unkilled games.
While there is a story going on in Shadowgun Legends where we have to escape humanity from Alien’s attack, where Shadowguns is a great warrior and hero, this battle is spread over 4 planets and you get a lot of missions in it.
In this, you have more than 600 guns to fight, you can make your own armor and you will also be able to customize your ShadowGuns. It gives you the freedom to create playlists according to your own where there is no restriction. 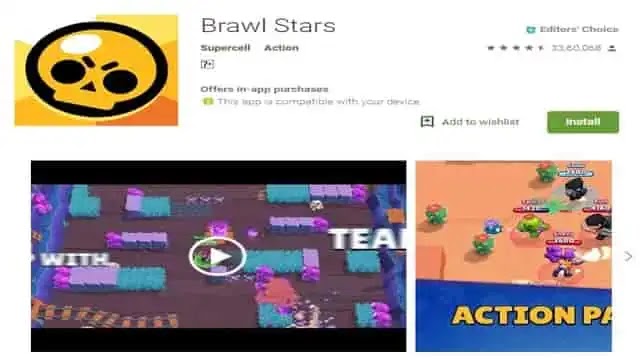 If you like Supercell games, then you should also play it once. You are a little bored of Clash of Clans, Clash Royale, but if you want to play the game differently and fast, Brawl Stars is a great choice for you.
In this, you can fight with your friends within 3 minutes and you will be able to enjoy the game by upgrading and unlocking a lot of Brawlers.
You are given different modes in which you fight against your fronts such as gem grab, the showdown, heist, and brawl ball. 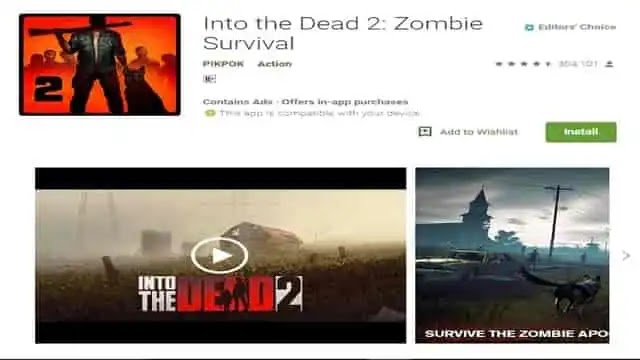 In this game you have to protect your family from zombies and this is an action shooting game where you move your way through the map and try to kill the zombies on the way with your gun.
The whole game is divided into 7 chapters, where you have to cross 60 stages, inside which many missions are given, for this you have a powerful weapon and armor in the game. 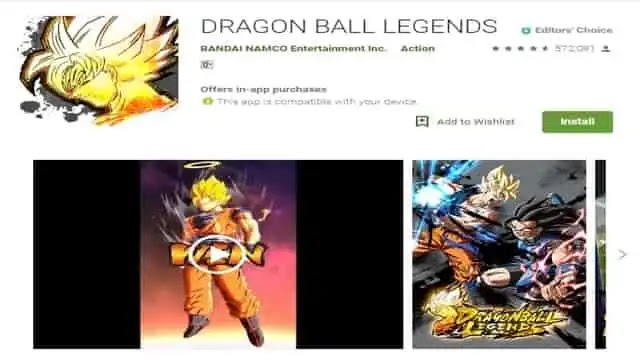 If you have seen your Dragon Ball cartoon in your childhood, then you must know how funny this cartoon was. Now if you want to make Goku, Gohan or Trunk, then you must play this game, you will love the memories of childhood will be refreshed.
Dragon Ball Legends is a new game of the Dragon Ball series, which mobile gamers have long awaited. It has already given good 3D effects and sounds, in which you fight your enemy, you can be your opponent anywhere. 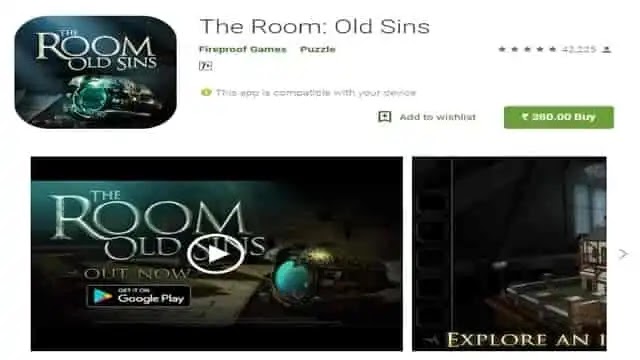 This game has been developed by fireproof games. This game can be called the best of the escape games played on mobile. Old sins is the latest game in the room series where you have to find your way by solving complex puzzles and find the slaves. Has to be installed
If you like puzzle games, then you must play it, it is made for people like you, it is also a very good game and is worth including in the list of best android games. 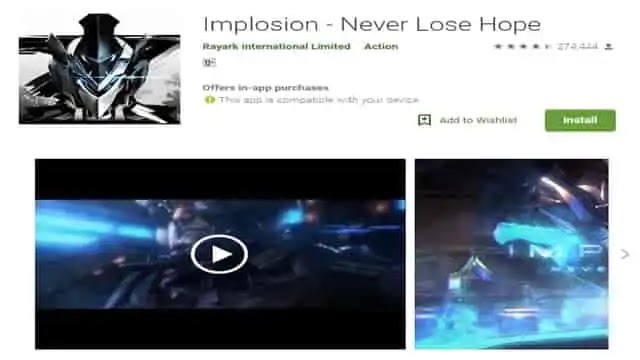 This game has been made by rayark international limited, it is an action game based on science fiction, in which you get to play all the free for up to 6 levels, its graphics are of very good quality, you will become crazy about playing this level.
The player controls one of two machines with a lot of abilities to fight long-range and close-range multiple alien and cybernetic enemies.
Talking about its controls, it is very responsive and with their help, you can quickly master a series of sword attacks, shooting, melee, etc.

I have given you here a list of some of the best games to enjoy the game on your phone in 2020 which is the best android games, some of which I have played myself and I like them very much and I think You will like it, yes everyone’s choice is different, so I have included action, racing, shooting, puzzle in the list, so you can select your favorite game and enjoy it. Please tell me which of these games you liked and which games I did not include, which I should have included.