Home AndroidGames Latest Free Bike Racing Games 2020
Talking about games is endless. What’re more, games on smartphones that you can play anywhere and anytime. The game itself also has many genres such as survival games, adventure, MOBA, sports, and others.
Well, if you like playing racing games, such as racing games for cars, motorbikes, bicycles and more. Well, this is just right! Here are some exciting bicycle racing games that you must play!

The following is a list of Android bicycle racing games

Come on, let’s just look at some of the following bicycle racing game recommendations: 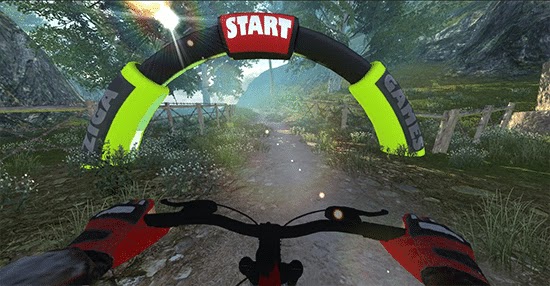 The first game is MTB DownHill. This game, which has been developed by App Holdings, has been downloaded 10 million times and has a size of approximately 101MB.
This game has a very impressive graphic quality. As for the course itself, you’ll ride a bicycle and navigate rocky routes and steep descents. So you have to be very careful not to fall.
Well, you can also bring your own bicycle, and you can use arrows that can be used to go forward, backward, turn right, turn left, or to jump up.
So it is perfect for those of you who are looking for a racing game besides motorbike racing games or other racing games. 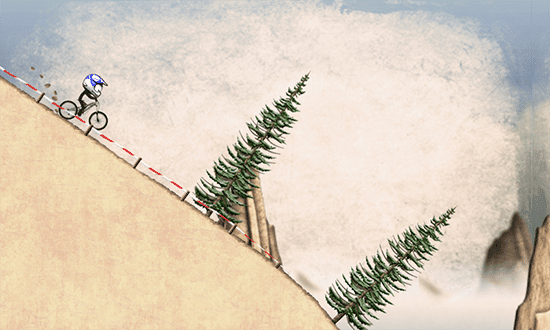 The next game is Stickman Downhill. This game, which has been developed by Djinnworks GmbH, has been downloaded 10 million times and has a size of approximately 35MB.
In accordance with the title, namely stickman, where the character is only a line-shaped like a person. For this online game on Android, you have to complete the existing mission. The higher your mission, the higher the difficulty level of the route. 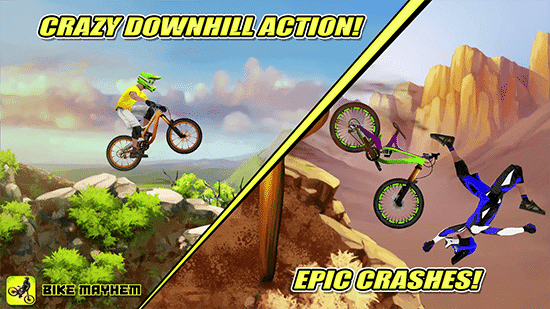 The next game is Bike Mayhem. Games that have been developed by Best Free Games Inc. This has been downloaded 10 million times and has a size of approximately 37MB.
This game is unique in that you can freestyle to get the highest score. The route itself is quite challenging, where there are lots of jumps and bumpy paths.
Now, how to play it yourself is very easy, namely, there are only arrows to go forward and back. In addition, there is also a place to jump and duck. You can combine several arrows to create a freestyle.
Anyway, this game is guaranteed to be fun! No less exciting with motorbike racing games or other racing games. 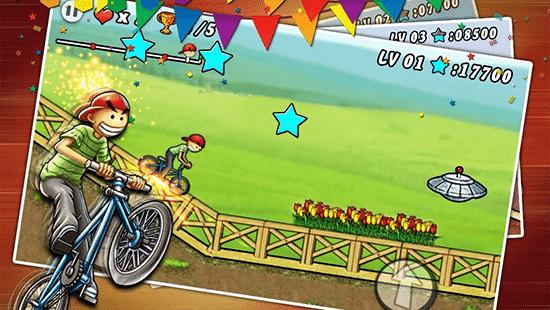 The next game is BMX Boy. This game that has been developed by Minicard has been downloaded 50 million times and has a size of approximately 11MB.
In accordance with the title of the game, BMX Boy, where there will be characters like young people riding a BMX bicycle. The feature of this kid’s game is that you are required to complete a mission.
Each mission has a difficulty level. So if you are on a top-level mission, the difficulty level will also be higher. For how to play it, there are 2 arrows, namely the right arrow which is used to go forward and the upper one to jump. The next game is Kids Bicycle Rider Race. The game developed by KidRoider has been downloaded 1 million times and has a size of approximately 41MB.
This time there is a bicycle racing game where the characters themselves are children. Before starting the race, you can choose a difficulty level and a bike that has a different speed level.
The way to play it is very easy, namely, there is a gas pedal, brake pedal, and directions for turning the bicycle. In this bicycle race, you are faced with 4 kids that you have to beat.
Even though it is not an educational game for children, this game is suitable for children. Because it does not affect the child’s mental