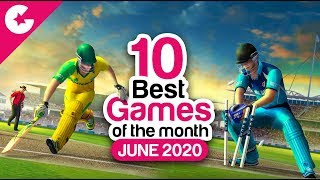 Hello everyone this is another post from androidjam we are back with one more top games list and today we will be showing you the 10 best new games. which you should check out on an Android device. And guys we have selected these games based on their graphics and most importantly because they are new and as usual, we will be showing the games in random order.

1. Rocky Rampage
So, let’s start with our first game of the month and that is the rocky rampage in the game rocky rampage you join Poulter in his sidekick pebble on their quest to get back the stolen wonder pants piece-by-piece. So the storyline is that the main character Mr. Balder is a fashionable champion and his wander pens get stolen by the jealous emperor of Caesar. And your main goal is to curse the soldiers and get your wonder pants back. 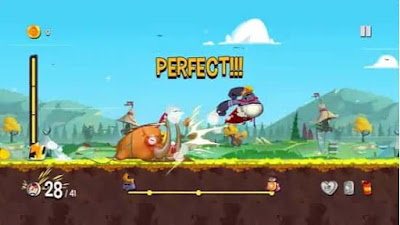 Now talking about the gameplay it’s very unique and you need to perfect your time your launch and jumps so basically in the game you just need to destroy everything that comes in your path it’s really an addictive game. And the graphics of this game is also pretty good the controls are also simple and you can simply play this game with only one hand overall with good storyline and gameplay rocky rampage is a wonderful game to try out this month so do check it out.
2. KartRider Rush+
The next game we have in our list is the cart rider rush + cart Rider is back and it’s even better than ever in the game you race with your friends or just play solo through variety of gameplay modes. You need to collect and upgrade iconic characters and cards from the cart rider universe there is also a story mode in the game that will tell you the story behind what drives the racers. Apart from that you also have a speed race mode where you earn licenses to unlock challenging race tracks and then we have the arcade rank and time trial mode. 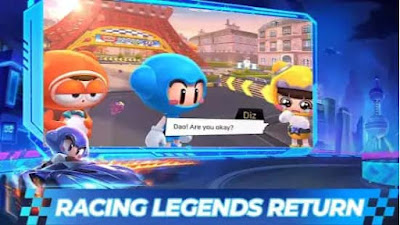 The graphics are really good and goes very well with the overall theme of the game now talking about the controls they’re also well responsive these sound effects in the game are also pretty good. Overall if you’re looking for a new racing game to play this month then this is the game you should download.
3. WCC3 Early
Next, we have on our list is the world cricket championship three or w-c-c three is a sequel of the cricket game WCC two WCC three takes the level two even more realism in mobile cricket the gameplay features controls everything is new in this version. This game is available as early access and there will be a lot of features which will be available soon you will see a lot of new things. 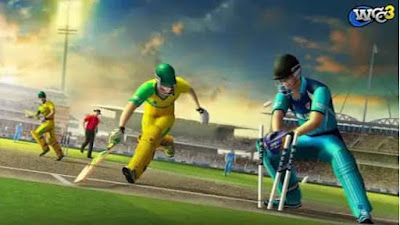 Starting with the realistic graphics and the brand new full motion-captured cricket actions of bowling batting and fielding in the game you also get new commentators and for the English, we have the Australian cricketer Matthew Hayden and for Hindi, we have the Akash Oprah from India.
4. Shadow Knight
Next game we have in the list is the shadow knight in the game you take the role of a shadow Knight and battle the evil of the land you need to save the one stunning walls Harmonia and become the ultimate Shadow Knight. The game is an RPG hack-and-slash that will take players across different maps you get to explore a complex world full of mysteries and battle demons of impossible scale and danger. Basically in this game, you need to run jump climb and slash your way through the battles. 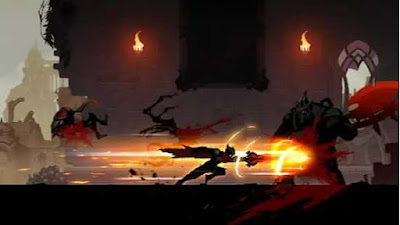 Graphics are decent and the controls are also pretty easy and responsive and about the gameplay, you need to complete different quests and gain awards and as you finish the missions and progress the story. You can unlock a lot of achievements in the game you need to complete all the quests and bring the rewards to your people’s overall shadow Knight is a new RPG game that is full of action-adventure and offers a lot more.
5. Disc Golf Rival
Next, we have in our list is the golf is an online multiplayer game which offers competitive gaming experience in the game you get to play the world fastest-growing game that is golf. Believe it or not, it’s quite famous so when you play the game you will notice that it is very similar to the golf games we have played earlier but the main difference is that instead of a golf ball you play with the disc the rules are also similar to the traditional golf. The game has few differences such as the wind effects on the golf ball and discs. 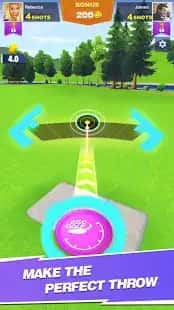 Graphics are also similar to a golf game and the controls are also very similar but that being said the game is addictive and it’s really fun to play so if you haven’t heard about this new game disc golf then we recommend you to check out this game and I’m sure you will like it.
6.Dead By Daylight
Next new game we have in our list is the Dead by daylight mobile dead by daylight is a four versus one multiplayer horror game in which one crazy killer hands down four friends through a terrifying nightmare in this game you can take the role of both killer and survivor in a deadly game of hide-and-seek. You can play this game in multiplayer with your friends or play with the people around the world. 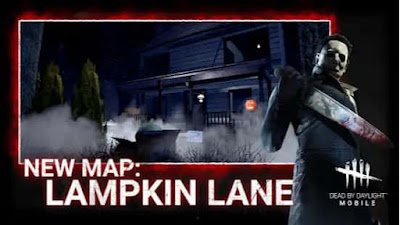 Graphics are really amazing and the best part of this horror game is the sound effects and according to me in this horror game the sound effects are really good and as mentioned earlier you can play both as a killer or survivor. And both the modes are pretty interesting and in the game, you also have the classic horror characters such as Michael Mayer’s Amanda young from saw and stranger things demo Corgan. Overall this slash and survive game is really fun to play and if you’re into horror games then you would love this game on mobile and this game has the same survival mode which you get on the PC and console so download this game right now for free on your mobile.
7. Wild Castle
The next game we have in the list is the wild castle while the castle is a tower defense game and here you need to forge gears and build the kingdom with strategy and join the epic adventure and grow your castle from nothing to a giant fortress. Build towers and create legends in this survival strategy game in the game you take on the waves of monsters who want to destroy your castle and you need to ready with your defenses and crush your enemies with heroes towers and strategy start with few heroes but as you progress upgrade your town into a mighty castle. 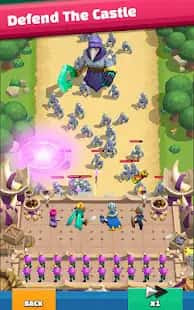 Talking about the gameplay mode there are over 10,000 waves of monsters to defend and you get 60 heroes classes each has its own unique set of abilities overall I Percy liked this game a lot and I’ve been playing this game continuously for a few days so do give this game a try.
8. Griddle Islands
Next, we have on our list is the greedy Islands is a unique puzzle game where there is a world of tiny islands which are inhabited by even tinier fleas and other beings called greedy’s. You need to place the grades on the islands and watch as the fleas start to jump around and produce the money you can use the money to buy more greedy’s to attract more flies. Basically in the game, you need to merge all greedy’s with the same number and buy more to increase your level the higher-level number Grady’s will generate more money there are 50-plus levels in the game and each has its own look and personality. 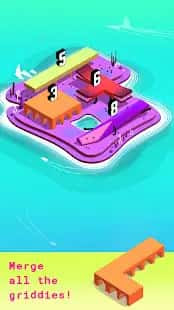 This game looks easy to play at the beginning but gets very interesting as you progress so overall I just need to merge level up and try to keep the islands Wheldon to earn more money and I find this game a good time pass.
9. GumSlinger
The next game we have in the list is the gum slinger in this game you are in a gummy candy world that offers intense shootouts amazing skilled shots and crazy gun clinicians come slinger is a multiplayer PVP game. where you fight with the people around the world in a 64 players tournament and their goal is to be the last man standing there are wide versions of the scale shot. 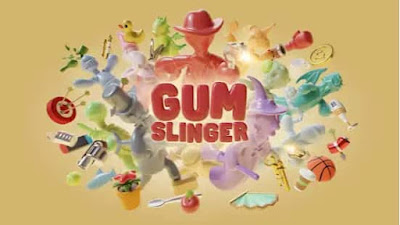 graphics and gameplay of this game are really good and yes the sound effects of this game are really good and I find them in ladies at times about the controls we just need to swipe up aim and shoot the opponent. there are a lot of different levels in the environment which makes this game even more interesting overall gum slinger is a unique combination of scale competition physics and yes mouth-watering gummy candy.
10. Bullet Echo
And the last game we have in our list is the politico in this game you lead your team to victory in a unique PvP tactical team shooter game you choose your character from dozen of heroes which offers unique playstyle and abilities. in the game, you have a top angle camera view and you need to kill other players and be the last team standing there are multiple game modes such as team vs team solo and also the battle royale mode. the battle royale mode is very good and you fight with five teams on one map on the ground you will find demos armor health kit which is very similar to a battle royale game. 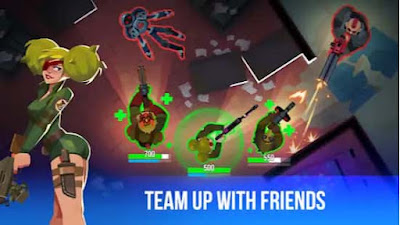 But here in this game, your region is limited by a beam of the flashlight but he can hear your enemy steps and shots which will help you to find and kill them. overall bullet echo is a unique PvP game we have come across this month which is really fun to play.
So that’s it guys these were new games we have found for you which you should check out on an android device this month. let us know if you like them and also do tell us your favorite new game of the month in the comment section below.