With such a bountiful choice of great games for smartphones in the stores, it can prove quite tough to decide what you should be playing don’t worry. we’re here with our handpicked list of the 12 best new android games of august 2020. most of them are free some cost a few bucks but all of them will keep you entertained at home or when you’re out and about. 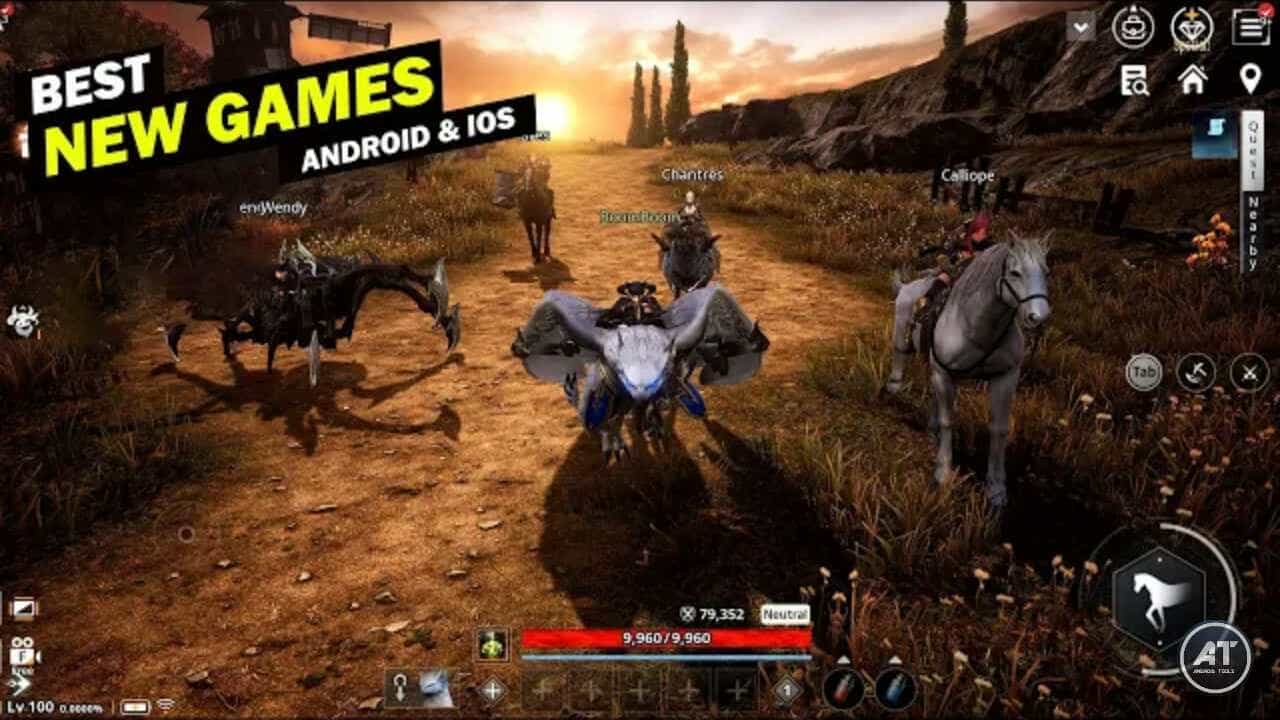 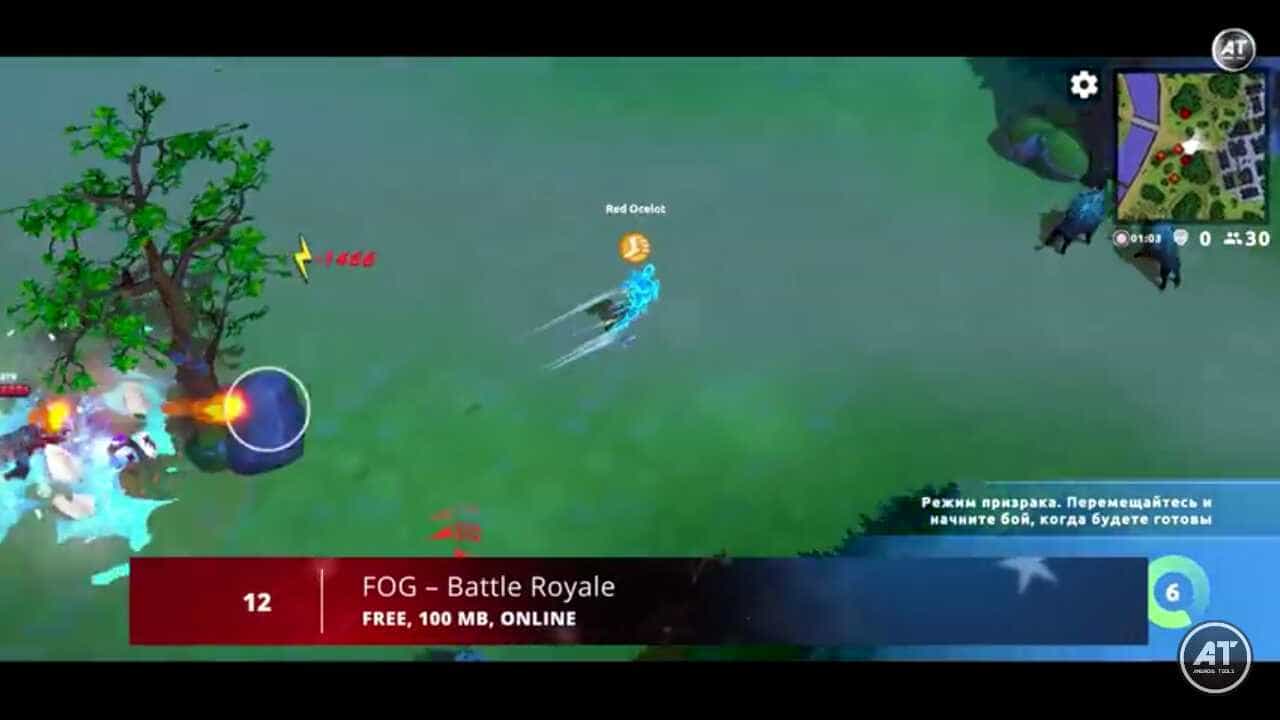 Starting off at number 1 we have fog battle royal this is a mobile game that combines two different genres battle royal and MOBA the battles will take place on a huge island full of weapons and monsters. where the deadly fog is gradually approaching and you have only one goal to become the last of the survivors use special abilities that will be very effective against ordinary enemies on the island. but you will need to find the best weapons if you want to destroy the rest of the players’ battles in fog battle royale unlike what happens in other games of the battle royale genre. Download 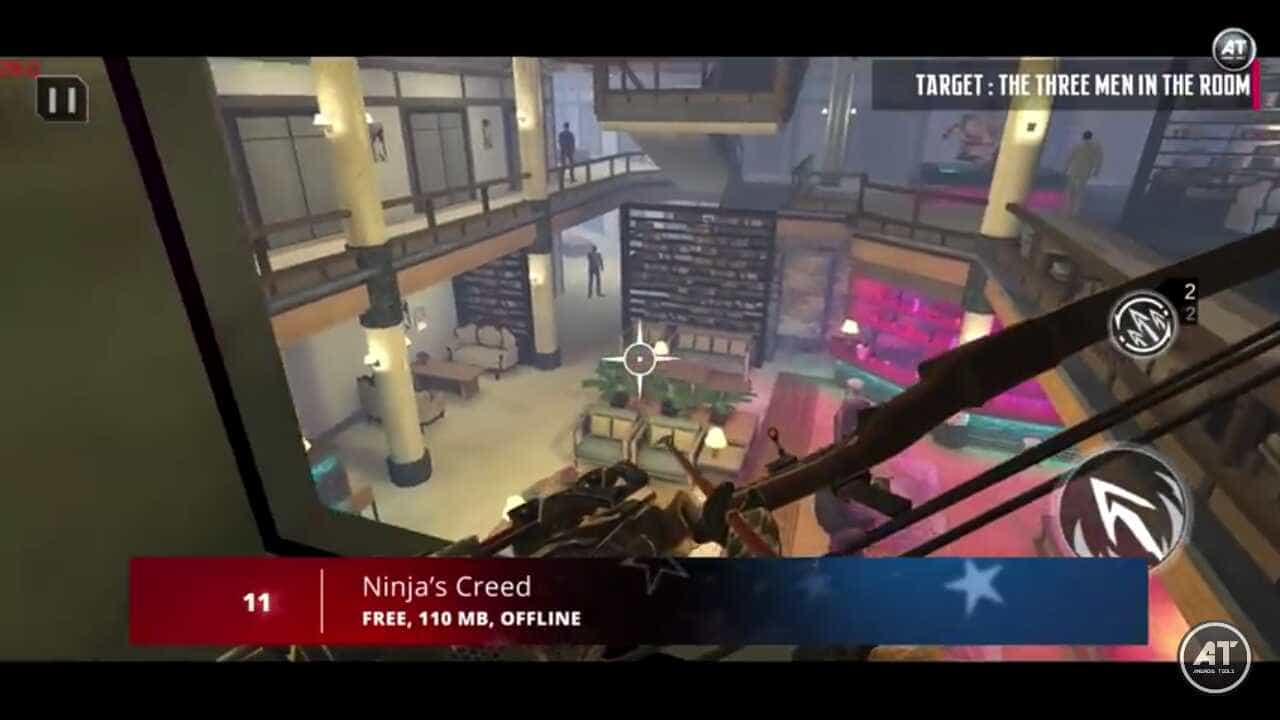 Now at number 2 is ninja’s creed is a free fun 3d real sniper assassination game with various types of assassination weapons you will feel a real powerful shooting experience and top great graphics. you need to hide your identity secretly eliminate criminal gangs disrupt underground deals or assassinate supreme leaders of the crime forces lock-in target and end the evil with an arrow. become the invisible protector of the city it is easy to play using the new arrow deceleration special effect technology which gives you different shooting experiences every time you shoot. Download 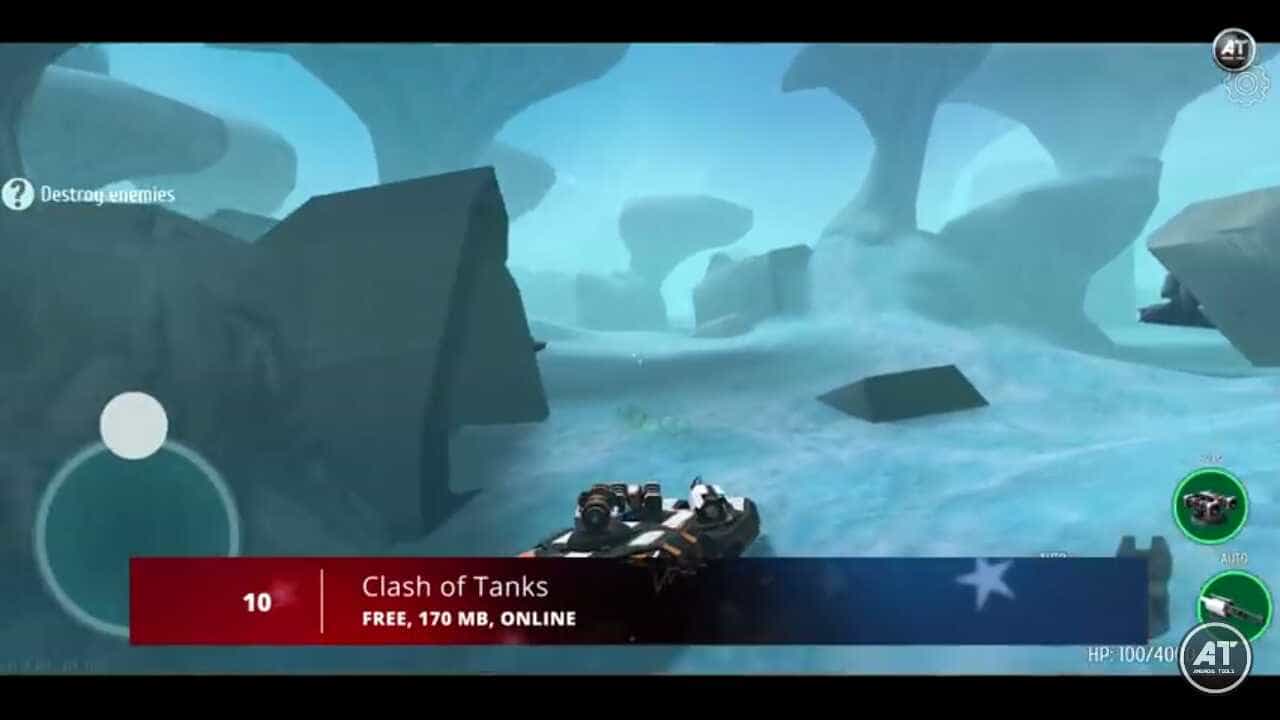 Moving on to number 3 we have a clash of tanks this is a third-person action game in which you can control an analog of a tank from the distant future the combat equipment is designed to operate under various conditions and gravity characteristics and does not require an atmosphere at all. you can only follow orders maneuver with other teammates and successfully complete tasks and defeat opponents’ success following all the laws of the game. the genre will bring rewards and in turn, you will have access to new weapons new parts chassis and other factors that will have a fruitful impact on productivity in overcoming difficulties in the future. Download 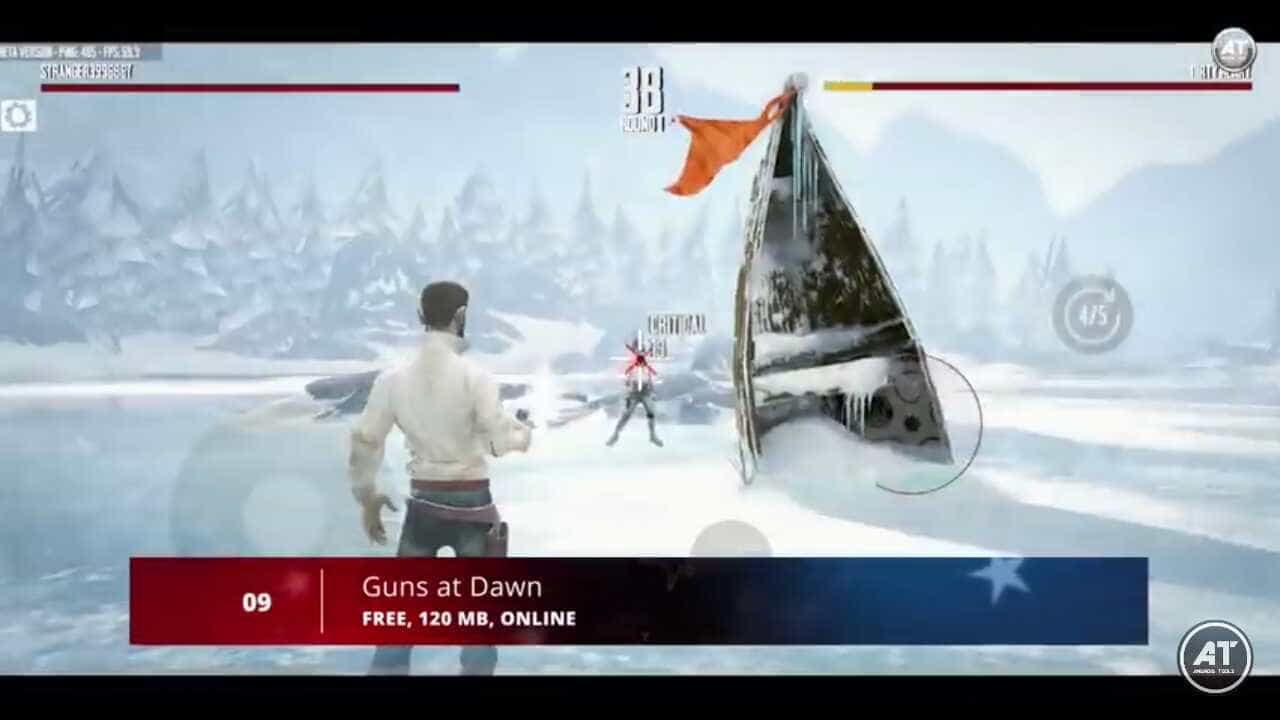 Moving on to number 4 we have guns at dawn the game is an online duel in the wild west setting from the developer genera games participate in deadly shootouts where only one of the duelists will remain on their feet. so sharply point your weapon and make a well-aimed shot because each bullet can be decisive master the skill of the shooter to kill enemies in a short time and at the same time dodge their bullets. the control scheme is also very intuitive but it will be extremely difficult to achieve high results and be the best in PVP duels there are at least eight characters with special skills including bouncy hunter Indian gravedigger outlaw sheriff and others. Download 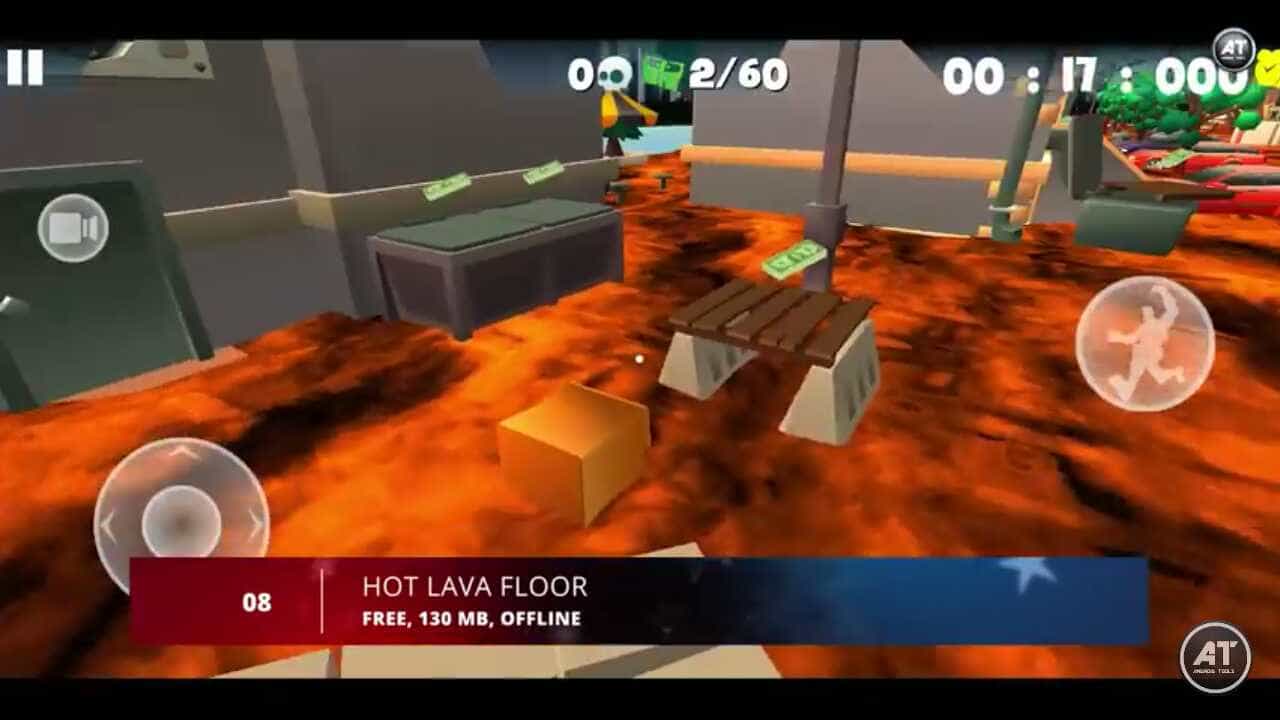 Breaking into number 5 we have hot lava floor a bright and interesting RPG with platformer elements for android devices. you will have to take control of the hero and lead him through a series of dangerous locations filled with boiling lava. here you can customize the view from both the first and third person as well as the game will please you with beautiful 3d graphics comfortable controls and interesting challenges. all of us in our childhood imagine that the floor is actually hot lava and moved over all sorts of objects in our house jumped on them and jumped over and all in order not to step foot in the hot lava. Download 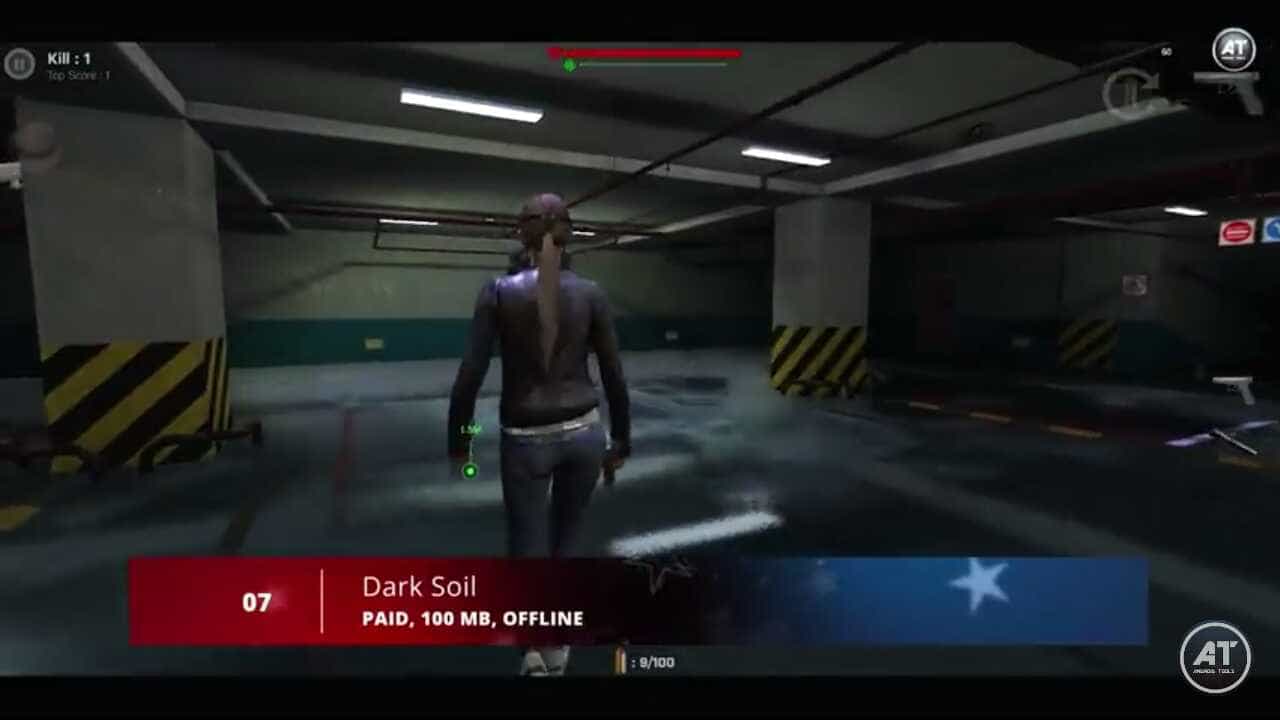 Next up at number 6 we have dark soil is a third-person action game with survival elements the apocalypse has come almost everyone around has turned into bloodthirsty zombies. you will have to survive for one of two characters in this cruel world the game has several locations with incredible graphics the character his clothing weapons ammunition and other elements are very detailed. during the game, it feels like you were in an interactive movie choose a character and go to a world where you need to kill as many zombies as possible and most importantly to survive. Download 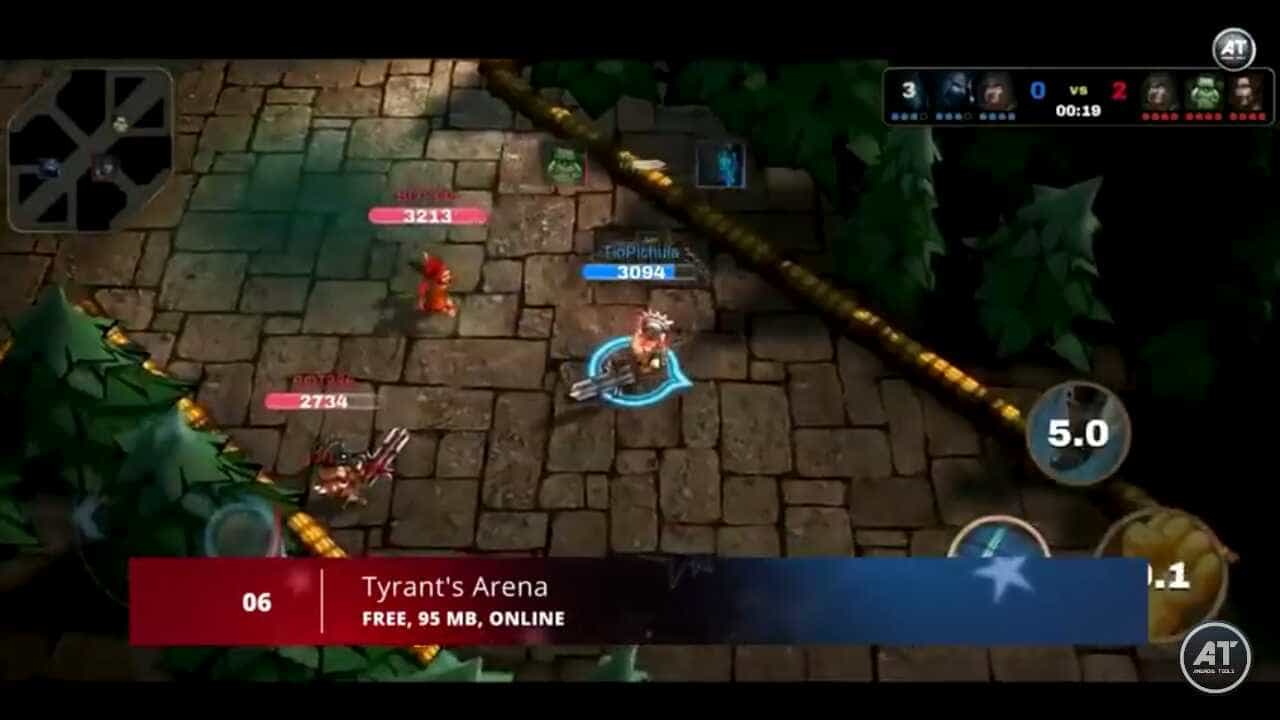 Moving on to number 7 we have tyrants arena this is an upcoming mid-core PVP hero battler that looks to mix mobile-friendly design with challenging fast-paced combat encounters. this one is currently available for pre-registration for android and it sees you duking it out with opponents in intense 3v3 matches. your time in the tyrants arena will be spent tracking and crushing your foes alongside a range of powerful heroes. combat here is easy to learn but hard to master serving up intuitive controls that allow for some impressive tactical maneuvers and fighting styles. Download 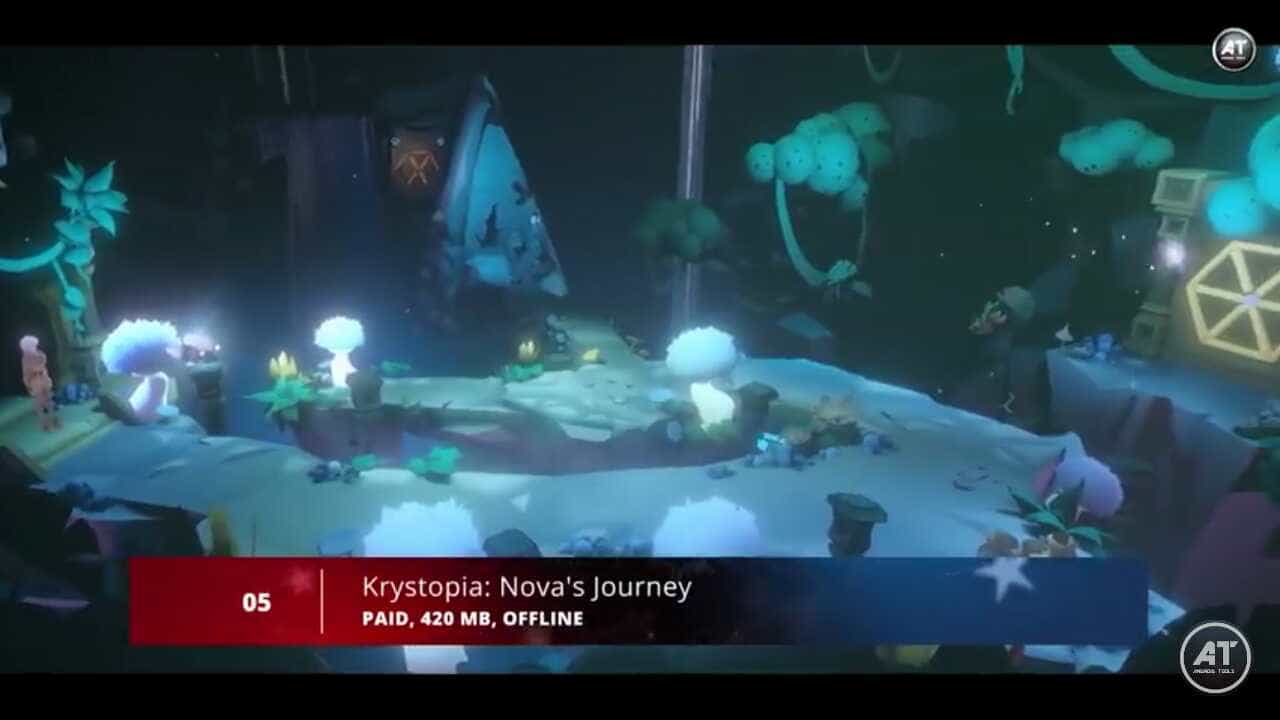 Now at number 8 is cristopia nova’s journey this is a great adventure game with puzzle elements follow the path of unknown territories and solve mysteries covered in darkness. the game is divided into three full episodes in which the explorer nova dune will go to the planet dystopia and learn about the conflict that has long been haunting this planet and gives it to live in peace. And tranquility to all its inhabitants learning the essence of the problem you will have to choose one of the opposing sides. you will hear a beautiful soundtrack in the background the plot is a combination of a mystic story and science fiction. Download 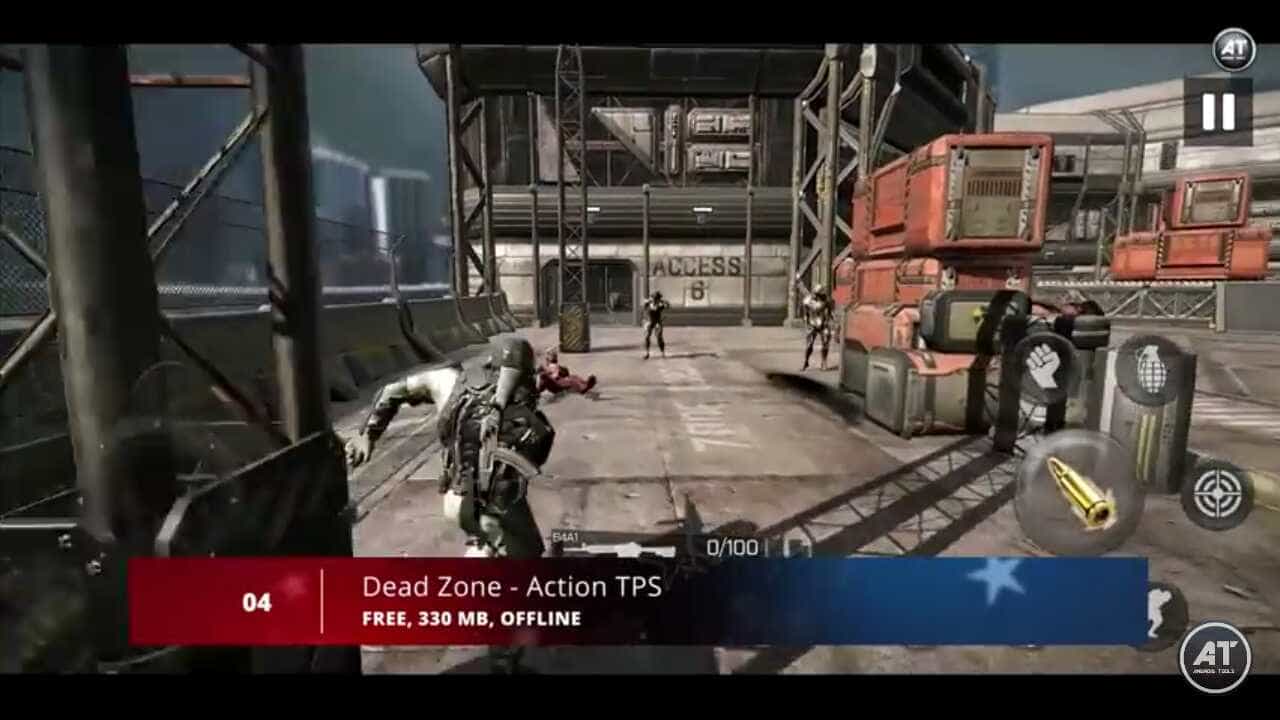 Next, up at number 9 we have dead zone is an impressive third-person shooter here players will find beautiful graphics a futuristic setting various disgusting mutant as well as a variety of weapons. that will help to deal with all the threats to the main character who acts alone in the scenery of a certain complexity that is simply teeming with enemies of different sizes and characteristics. from ordinary bipedal ex-humans to huge monsters that are considered bosses ahead of the participants and battles are dangers the development and receipt of new gadgets. Download 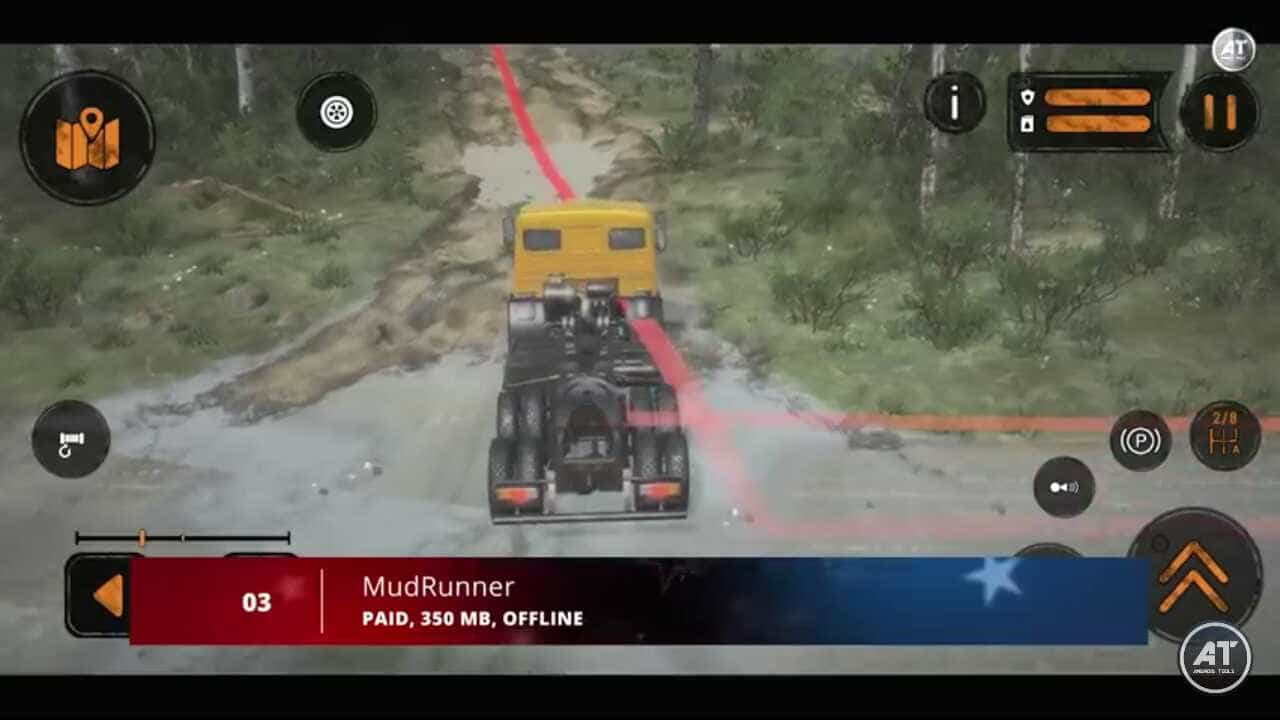 Coming in at number 10 we have mud runner is a breathtaking racing game that will transport you to harsh Siberia here you will become a truck driver and your task is to reach point b from point a. along the difficult off-road the map and compass will be your only helpers in this matter much will be against you bad weather extreme terrain and other factors. be patient courageous and determined then everything will definitely work out the physical component is a very high quality have fun watching how your huge vehicle reacts to being hit in a hole. Download 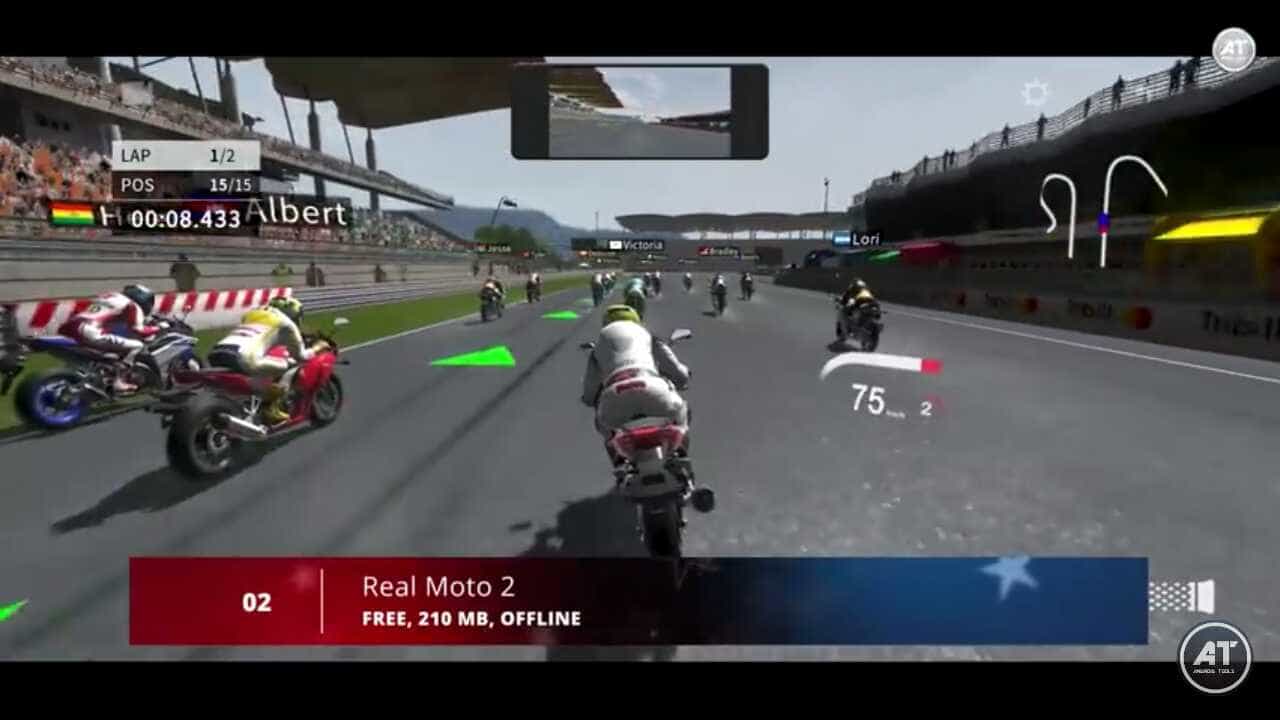 Next up at number 11 we have real moto 2 this is the continuation of an excellent project about the racing competitions on motorcycles choose from dozens of vehicles and go through over a hundred challenging tests. you must show maximum professionalism and learn how to operate motorcycles so that each track is completed as accurately as possible. the game received realistic gameplay and this is not only due to the three-dimensional visualization. which by the way is excellently executed on the tracks the race looks amazing and the controls will surprise you with their simplicity. Download 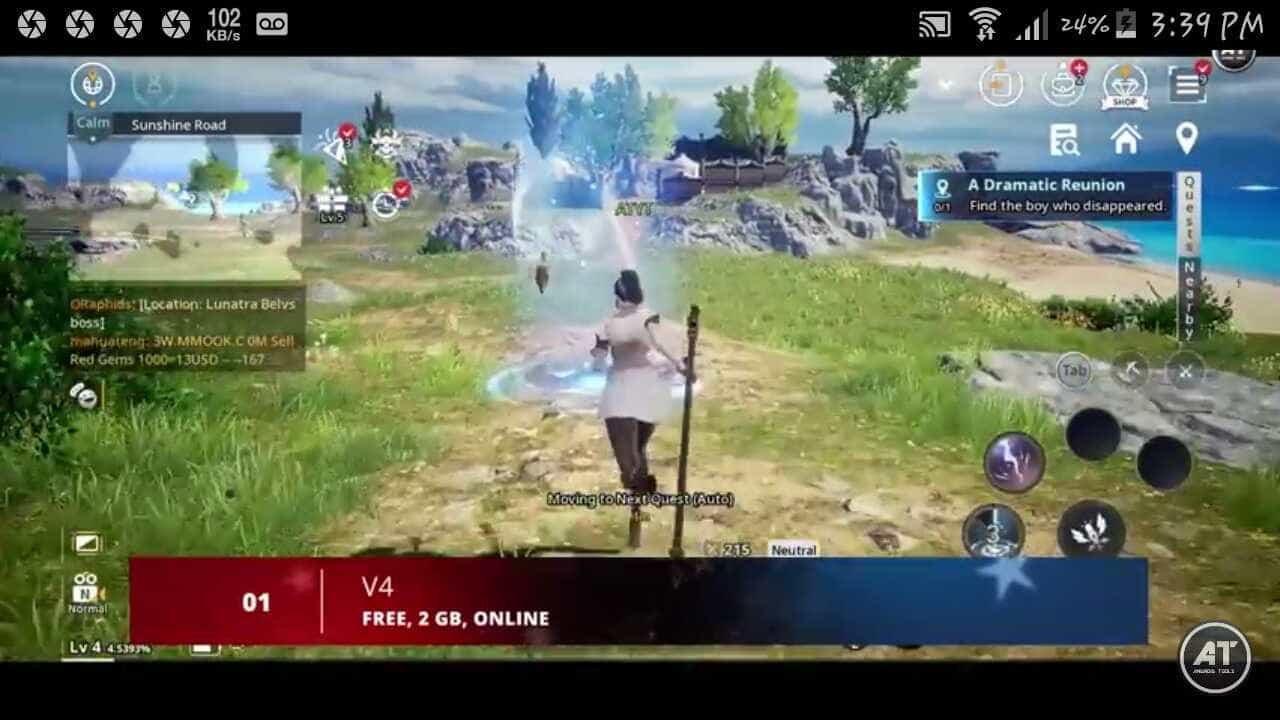 Finally, at number 12, we have v4 v4 is an MMORPG developed by Nexon the incredible lifelike graphics designed with unreal engine 4 make a great first impression move through these fantastic settings with your character in a vast world. where you can engage in both PVP and PvE combat there are 6 different types of characters although some are classified as demon hunters. they include the knights the assassin the warlord the ax expert and the gunman. what stands out the most about this game is that the servers are interconnected this means that different groups can play in the same setting eliminating the typical system limitations. Download