The new NBA season is here, and whereas you are not looking at games you’ll be taking part in Android games supported the NBA. Having started yesterday formally, the NBA 2019-20 season has gotten off to a decent begin. 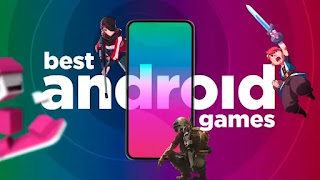 And as the season progresses things will only get more heated. But, sometimes you need a break from watching the game. Or maybe it’s half time and you just want to continue the fun.
These 5 NBA android games will assist you to try this.
Think your game’s as good as those players on the court? Give any of these titles a try and see for yourself.

Below is a quick summary of the games on this list, where you can see the name, the price of the download if there is any, and what the average in-game purchases are if they’re included.

Below is a little more information about each game. This will include details like which games are best for which users. As well as details of the game and what version(s) you may need to play it on your chosen device. Each game will also include a Google Play download link to install the game on your device.

The best NBA Android game for most users

The more realistic of EA’s two NBA game offering is on Android, NBA Mobile Live has entered its fourth season. As part of that, the game now includes new features.
One of those is called the Superstar Takeover. This particular feature was designed to let gamers to unlock their favorite superstar players for use in-game. The players will come with their own unique special abilities, and you can level them up to make them even better.
Gamers are also treated to new player lineups, as well as new playbooks. EA says this will help expand the experience within the game, so presumably, it’ll just improve the overall gameplay experience for you.
As for other mainline features, this game offers the ability to draft your team and choose on the superstar to lead that team to a winning season. The game also supports live events that gamers can complete. These pop up every week too.
The game does require an internet connection to play and you need to login to Facebook, so keep these things in mind.

NBA 2K Mobile is the new NBA mobile gaming experience from 2K. The company boasts it’s a bit different from the standard NBA2K experience that it offers.

In NBA 2K Mobile, one of the main features is collecting player cards. There are more than 400 cards to collect too. You may not get the players you want right away, so playing often will likely help you acquire the players you’re looking for.

The game also supports multiple modes like 5v5 matchups, drills, a PvP mode so you can play against others globally and more. The game even offers daily login rewards, something which has become fairly commonplace in mobile games of any type.

You can compete in real-time events too, which may result in rewards if you win or place high enough in the rankings. You’ll have to play to participate though.

Graphics aren’t half bad here, and the controls don’t appear too crazy so learning how to play and play well shouldn’t be overly difficult.

We wrote about NBA NOW on October 22 as it was just released in accordance with the beginning of the NBA 2019-20 season. The big draw it seems with NBA NOW is that you can play the game with one hand. While it does have more to offer than just one-handed play, this is a big feature.
If you’re asking yourself why it’s because of the game’s ease of use. So long as you can hold your phone in one hand and still use just about any of its features, this is a game that offers extreme accessibility. And that is nothing to shake a stick at.
The controls are just about the easiest around, too. There are really about three-four buttons at any given time for controlling your character. There’s even a tutorial to help you become acquainted with the gameplay. Another purpose here is that the NBA now could be designed for fast matches.
Not protracted in-depth games that provide you with different management.
So if you simply need a quick NBA to fix during game downtime, halftime, or breaks, this is it.

If you grew up with an excellent NES and later consoles, you most likely apprehend NBA Jam. This was a hit game from the Ea Sports division of Electronic Arts back within the day. In the ’90s to be exact. It offered up hours upon hours of fun due in part to its almost comical portrayal of players on the court with some wonky-looking ragdoll physics. But it’s a huge claim to fame was the over the top dunks you could do and the ability to get on fire, which was preceded by the basketball actually bursting into flames to signify how amazing you were doing. The golem version of the sport has lots of cool options, such as four different modes of play including the Play Now mode, the Classic Campaign, and local & online multiplayer modes. NBA Jam conjointly supports android TV, therefore if you wish a bit a lot of retroes feel obtain the controller and play on the large screen.

The best NBA Android game for most in-depth gameplay

2K’s second NBA game on Android is considered by some to be the pinnacle of NBA games. At least when it comes to the NBA 2K franchise. It’s generally looked upon as the most in-depth and realistic basketball gaming experience.
Because of that, it’s made the list as the best Android NBA game for in-depth gameplay.
As a side note, the trailer above is for NBA 2K20, but not the mobile version, as there doesn’t seem to be an official trailer from 2K for it yet.
There’s a heap to like here if you prefer your sports games.
Especially if you want a rich experience with tons of features and loads of control.
2K has updated the Android version of NBA 2K to the 2020 version of the game. Right now that update just includes bug fixes, but gamers should expect more content in the weeks ahead.
As for existing game content, NBA 2K20 has tons to sink your teeth into, like Run The Streets mode, where you compete in 3v3 streetball matches against other players around the world. If you like the competition, this your mode.
The game also features the new MyCareer Story, and NBA Stories mode so you can play through the stories of specific players. There’s a multiplayer mode as well where you can play full-length games against opponents.
Summary
For More Android Games Check oUt Our Android Games Post. I hope You like all of these games for more fun and stuff make sure to follow our blog. and ill see you in the next post.