Hey, Guys What’s Up PUBG Mobile New Upcoming Update which is 0.16.0 has released in beta mode as Tencent Games showed during its PUBG Mobile club open event that it’s Erangel 2.0 is coming soon and they had released a teaser video of Erangle 2.0.

Now Finally we had the beta update link from where you can download the Pubg Mobile 0.16.0 update which has been rolled out and check what’s new coming in the next update also you can play new TDM mode. This Update takes only 1400MB of Space on Android.

PUBG mobile Will Publish Full Patch Note soon. Erangel 2.0 Might come in This Beta Update Because This is First Beta, They Will Update the Beta very Soon. So Hope For The Best let’s see Erangle 2.0 is coming or not. 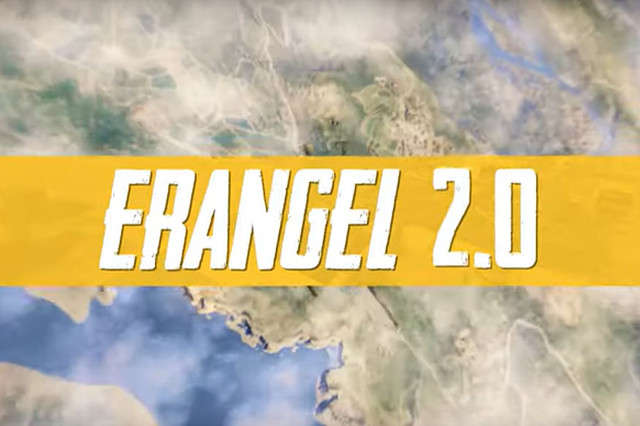 We bring you some more PUBG Mobile leaks. Version 0.16.0 was released in certain regions; this gave an early look at what we can be expected from the next update. Mr. Ghost Gaming came out with a video highlighting some of the expected features.

Death Race is another game mode that could make its way to PUBG Mobile. A new Death Race mode puts teams into vehicles placed on a small racecourse where players need to battle it out and kill their opponents. It’s a bit similar to Team Deathmatch but with heavy weapons as well as weapon mounted vehicles. The players will get an added advantage with a lot of crates spread around the course.

Switch Most of the players play PUBG Mobile in a third-person perspective or TPP. Though there is a first-person option as well, the game treats both perspectives differently. As a quick switch button is being added to the game, this might change with the next update.

Players will have an option to switch between TPP and FPP within a match without having to switch from the lobby menu. Look like this will also work while driving vehicles. This could be an exciting addition as TPP and FPP players would primarily play matches together.

Erangel is getting a new add-on mode, similar to the Halloween mode. Certain areas on the map are covered in snow and also bring some big loot crates. The snow patches also include ski lift/trolley towers, and players can use skiing boards which funnily works on all surfaces.

We assume that this new mode will be temporary and will be selected randomly like the Halloween mode. Besides these, there was a report that Erangel 2.0 would be added in update 0.16.0. Though, the newly updated map has not been added to the beta update, which means that it might be rolled out later.

So I hope you will be able to collect this offer don’t forget to share if helpful and if you have any query reach us out the comment section Down Below.

I went with FlyVPN. Why?
For the easy reason that she’s not very tech-savvy.
She just wanted to see a button that says “connect” and then know that she’s connected. Period. I don’t have to answer questions or spend ti WP-APPBOX: The App ID is not recognized. 🙁

me setting it up, which is time saved for me (or time saved connecting with Support for you!)
If you’re trying to find a reliable VPN, either because you live in a country where the internet is censored or because you are becoming increasingly aware of security issues, give
FlyVPN a try.

At the terribly worst, you’ll be able to get you a reimbursement at intervals thirty days associate degreed you’ll get three months FREE with an annual set up victimization the button below: