Top 5 PvP Android Games To Play With Your Friends

Top 5 PvP Android Games To Play With Your Friends 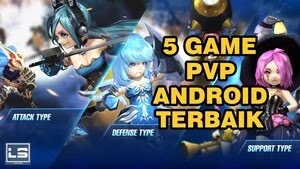 Want to take on friends and strangers intense battles of wit and skills? Test your prowess with these lesser-known, but highly polished and compelling PvP games. Here in this post, we got some awesome PvP Games for android. Which you can play with your friends anywhere anytime.
Head Ball 2 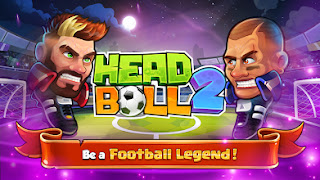 This game is sooooooo fun. Some people complain about being against individuals too hard, others think ads should go away, I think BUFF JOHN MOTION. The commentator makes this game, and the game overall is awesome. The sounds, music, and scenery are perfect, and these guys just really blew up fast I think. A few suggestions of course. 1. I love the commentator so much make his commendations more of a variety, I have heard him say some things over again and would rather you increase the variety of his phrases, love the accent :-). 2. You don’t need so many ads, their fine but at least decrease the occurrence a little. However, this game is sooo fun with the options of kicking and so forth, the costume, characters, power-ups it just is endless! Another suggestion though, make more ways to buy power-ups than just gems, I kind of hate how you are given an amount and using it depletes it. I would love a mechanic where all the power-ups are extremely needed but you get infinite of them (still one a game of course) but then you don’t worry about not using power-ups which make the game more fun Becuase you might “run out”. Other than these small things, I love the game and if you guys make enough money to removed ads and watching videos for stuff it would be that much better!
Download: Head Ball 2 for Android | iOS (Free)
Warhammer Age of Sigmar: Realm War 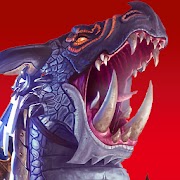 Mobile MOBA tower defense card game such as this offer a cool opportunity to show off my gaming vocabulary but, all jokes aside, it is a combination genre in which many developers like to expand and experiment, but are rarely successful in creating something that sticks. Warhammer Age of Sigmar: Realm War, however, seems to be an exception. It does look a lot like the famous Clash Royale, but it brings some new, bold, and unique features.Developed by Pixel Toys, Warhammer Royale…sorry, I meant Warhammer Clash of… Royale of clash war… Just joking! The game does feature familiar gameplay as Clash Royale, which set the bar high and the template for future titles. Supercell released it over two years ago, and not only was it a fast hit, reaching billions in revenue in its first year alone, but it remains a popular
Download: Warhammer Age of Sigmar: Realm War for Android | iOS (Free)
Badland Brawl 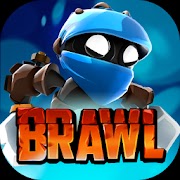 It’s the very little things like that that create Badland Brawl in an exceedinglyll|one amongst|one in every of} the foremost player-friendly PvP mobile games we have seen in a whereas. It wants you to play, which is a refreshing change from games that want you to spend. There’s definitely challenge here as well, and you’ll find yourself pushing into the higher multiplayer leagues in order to earn new cards and test yourself against the very best players out there. Victory can be super sweet, defeat can leave you broken, but there’s always the drive to jump back in and have another go. If Clash Royale and its ilk left you feeling cold, but there’s still space in your heart for a mobile-designed MOBA, then Badland Brawl, with its twanging catapults and arcade scraps, is definitely worth considering.
Download: Badland Brawl for Android | iOS (Free)
Brawl Stars

Brawl Stars is a game developed by the game company Supercell which has also produced other games such as Clash of Clans and Clash Royale. A lot of characters have guns that they shoot other characters with but it is very cartoonish. Supercell said that they did not give all the characters guns because they did not want the game to be too violent. However, the object of the game is still to kill other players and is something that may be a concern for some parents. There is no blood but characters let out a grunt/yell when they die. The game got boring pretty fast. There are also “clubs” that players can join where they can talk to people they don’t know. This is the reason I gave this game an 11+ rating. Unfortunately, it is very easy for young kids to get into a club and speak to people they don’t know who may have bad intentions. The game also has in-app purchases and kids may be tempted to buy them. Overall the game is a shooter game with minimal violence. If you think your kid can handle themselves in the online gaming world and resist the temptation of using your credit card to buy expensive in-game packs, then the game should be okay for them.
Download: Brawl Stars for Android | iOS (Free)
Pirate Code – PVP Battles at Sea Drink up, me ‘parties, because we have another pirate game for mobile phones on our marauding pirate hands. Nowadays, there’s a pretty solid choice of this particular sub-genre for mobile platforms, but I’m willing to bet my years’ worth of ill-gotten loot that there aren’t many pirate games that are as cute and appealing as this one. Charming looks aside, Pirate Code also boasts solid concept, immaculate realization, and gameplay that’s simple, intuitive and infectious like a typhus ship fever. As its name suggests, Pirate Code –PVP Battles at sea by Codex7 could be a PvP naval warfare game.
However, this game is published exclusively for mobile phones, which means that its gameplay, game mechanics as well as controls are successfully streamlined to adjust to the mobile format. The battles that you’ll participate in are mostly 5v5, so there will be quite of maneuvering, circling, firing cannons and finding the best position for the attack. Luckily, all that can be achieved with a few simple taps and swipes. There’s a virtual stick on the left which you can use to control the direction of your ship. You can rotate and adjust the view with swiping, and there are designated virtual buttons for anchoring, speeding up, firing cannons, torpedoes and even activating magical shields. It’s simple as that.
Download: Pirate Code – PVP Battles at Sea for Android | iOS (Free)
Thanks For Visit