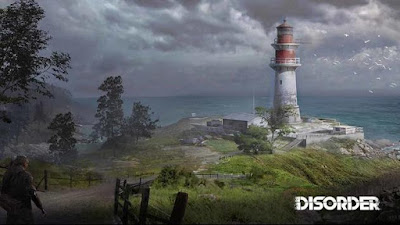 The description of Disorder

After Fortnite and PUBG，here come to Disorder. It is a squad-based team shooter with anti-nuclear war imagery and it centers around the theme of warfare in 2030, where armed factions are constantly fighting each other over nuclear weapons and money. The disorder can offer a lot of realistic and immersive GAming expertise to players. The vibrant characters in the game have his/her own exhaustive backstory. The disorder has created a massive and realistic unpeaceful background for players.

Factions and settings like the Pale Knights and Thermal Nuclear Conflict, as well as other details, gradually emerge. War has become the norm for the entire world.

Armed factions are perpetually fighting one another over nuclear weapons and cash. In this unending war, players will enter the battlefield and become engulfed in the fires of war.Unique characteristics are revealed with intriguing gameplay

Four unique characters each holding their own weapons. The player will choose a character and team up with them to form a five-player team engulfing in the fires of war.The characters seem to be heading towards a missile silo, which seems to be the player’s ultimate objective.Under the threat of nuclear weapons, what choices will you make and what kind of shooting experience will you have?
Let’s wait and see!