JRPG classic Tales of Vesperia: Definitive Edition is out now on PC 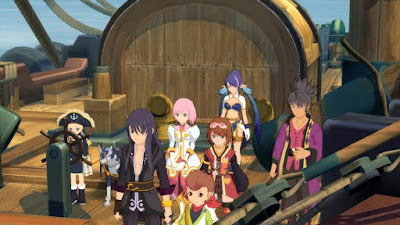 After an announcement last summer, Tales of Vesperia is finally available on

yesterday on
Steam, just over ten years since the original released on PS3.
The definitive edition includes all the PS3 content, but is updated with
HD graphics, new music, new mini-games, new bosses,
unreleased DLC for the original games, and two more playable characters.
Tales of Vesperia is a fantastical story about the struggle over a

now threatening to destroy it. Widely regarded as the best game in the
Tales of series, Vesperia’s soft-focus art style has really benefited from
the upgrade. The game port seems to be relatively free of technical problems,
as well and holds a Very Positive user rating a day after release.
Tales of Vesperia: Definitive Edition is available on Steam. You can see some of the changes at Bandai Namco’s official website here.
Thanks For Visit