Building a PC for Apex Legends

Apex Legends was released February 4, 2019, and soon became the hottest battle royale game out there. The popularity is rising constantly as just one week after its release, it had over 25 million downloads and over 2 million concurrent players.
To really enjoy the game to it’s fullest, I compiled a list of the best gaming PCs for Apex Legends to really enjoy and own in the game.

This game is a 3d shooter, made with Source game engine. It’s is quite 3d heavy and for the best experience, you need quite a good gaming computer with high-end GPU and CPU. As for any other recent 3d shooter games, the game must run flawlessly, without any lag.Otherwise, you’d suck success, in spite of if you’re a skillful player.You just cannot compete with all the lag and stuttering, having a low-end machine. I tried that, I was sooo bad … 🙂

Considering the requirements I wouldn’t recommend buying some cheap low-end PC for let’s say under 500 bucks. The most crucial parts of the machine, are graphics card a processor. The minimum system requirement for Apex Legends is “NVIDIA GeForce GT 640 / Radeon HD 7730” and “Intel Core i3-6300 3.8GHz”. Regarding a GPU I would rather go for the 1000 series, you never know what the requirements will be in a few years.You will notice that all the gaming PCs listed here have at least one system SSD drive.My opinion and massive recommendation to you all: ancient HDDs are getting obsolete.They are just slow and unreliable nowadays and can be served only as a second disk for larger storage space. Absolutely not for your system partition.
1. Corsair One i160 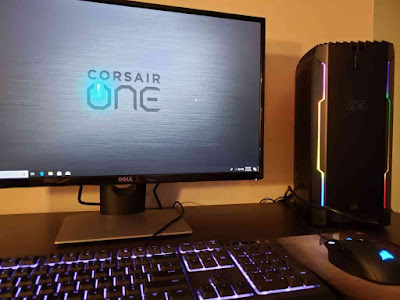 CPU: Intel Core i9-9900K | GRAPHICS: NVIDIA GeForce RTX 2080 Ti | RAM: 32GB DDR4 | STORAGE: 480GB M.2 SSD + 2TB HDD
The Corsair One is known for the best gaming PCs since the beginning of these series a few years ago. With the Corsair One i160 and its NVIDIA RTX graphics and latest Intel i9 processor they really made this mode even more powerful and awesome. 4K gaming is just incredible, everything runs smoothly on the highest settings. All this power is packed nicely in a small compact casing. But it comes for a price, of course. This model is for gamers who want a compact and really powerful machine.
2. Alienware Aurora R7 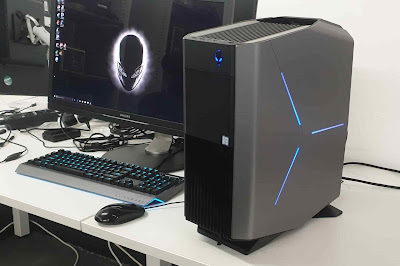 CPU: Intel Core i7-8700 | GRAPHICS: NVIDIA GeForce GTX 1070 8GB GDDR5 | RAM: 16GB DDR4 | STORAGE: 256GB M.2 SSD + 2TB HDD
If you want a future-proof gaming PC with great upgradability, the Alienware Aurora R7 is a perfect choice. This mid-sized tower can be open with a single push of a button. It easily allows you to upgrade the disks, RAM, GPU … It is powerful enough to handle 4K and VR gaming, with the support of Intel Core i7 CPU and the Nvidia GTX 1080 GPUs. Perfect for newbie gamers as well as hardcore enthusiasts, who like to tinker their machines from time to time. 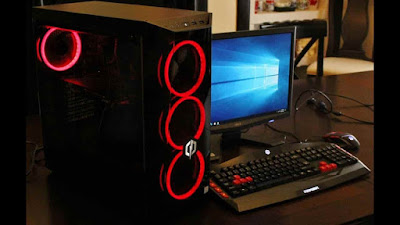 CPU: Intel Core i5-8400 | GRAPHICS: NVIDIA GeForce GTX 1060 3GB | RAM: 8GB DDR4 | STORAGE: 120GB SSD + 1TB HDD
The CyberPower Gamer Xtreme VR is a perfect choice for gamers who don’t want to spend that much but still have quite a power under the hood. With an Intel Core i5 processor and an Nvidia GTX 1060 graphics card, this PC can run all AAA games at high settings and even being able to handle VR. With the easy-to-open-up chassis, it’s a perfect choice for gamers who have in mind upgrading to more powerful parts in the near future.
4. HP Omen 880-130 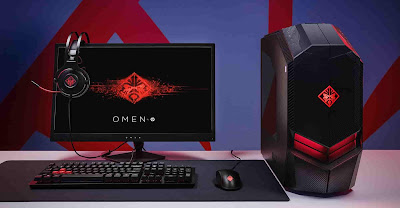 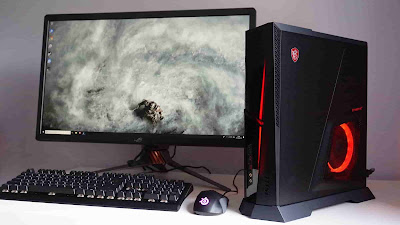 CPU: Intel Core i7-9700K | GRAPHICS: NVIDIA GeForce RTX 2080 VENTUS OC 8GB | RAM: 32GB DDR4 | STORAGE: 512GB NVMe SSD + 2TB HDD
The MSI really put an effort to come out with a machine to absolute rock any AAA game at any resolution. With the latest Coffee Lake Refresh and Nvidia Turing graphics card, the MSI Trident X is up for any task. It comes in a small-form chassis, quite a console look. But of course, having such powerful hardware it is obviously quite expensive. This model is really for hardcore gamers.