The AMD Radeon RX 5600 XT is exactly what we want in a 1080p graphics … All of the testing for this review was based on the out-of-the-box.

let’s kick things off with some gameplay this has fortnight running on the Radeon 5600 XT
and the gameplay here is really smooth MD launched the 5600 XT this year at CES it goes up against the 1660 TI from Nvidia and at a similar price point, it offers much better.

Lazy To read Check Out The Video

performance the average FPS on fortnight was around 150 fps and the game never dead below 60 even the one person knows we’re at 80 fps moving on to another popular eSports title we have CS GO we’ve got an average framerate of 239 FPS.

yeah so even if you have 240 Hertz monitor you can pair it with the 5600 XD and enjoy csgo of course csgo is mainly CPU bound so the results here aren’t really surprising because our test bench it is Radon 5600 with 16 gigs of dual-channel linear for memory on a B 450 le gigabyte motherboard and a 256 gig SATA SSD.

all these games they’re being run at 1080p at max or close to max settings by the way next we have another CPU intensive title GTA 5 the graphics have been dialed all the way up and the average is 106 FPS with a 1-person low of 83 FPS.

now remember when I said how 5660 outpaces the 1660 VI bar by a fair margin well Nvidia responded to this by launching a special no-frills version of the RPX 2060 the EVGA RDX 2060.

brought the price down to nearly 600 XT levels but still maintain a healthy need of course aimed he hit right back by pushing out a new bios to their 5600 XT and this increased the power limits leading to higher clock speeds and better boost locks by the way all our testing it was done with the new buyers next.

Tomb Raider, it was run at the highest preset and it ran at an average of 92 FPS with the one-person low dipping down to 70 now in games like these the new bias comes right into play that’s it the numbers here might not be representative of all the 5600 X keys out there there would probably be a few cheaper variants from vendors who might cut a few corners

the thing that might be affected by the newer BIOS and increased thermals is the overclocking Headroom you want to see us test that out in a future video let me know in the comments below. 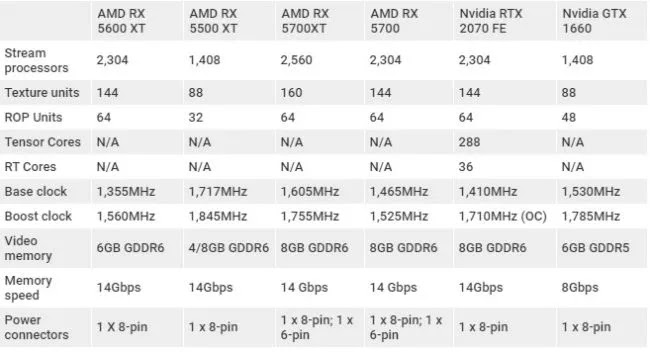 of up to 75 degree Celsius which isn’t really that bad of course now a lot will depend on how AMD price at a price adapt in India since the r-tx 2060 is available from 25,000 rupees and from our initial impressions it looks like 2016 might still be ahead on performance so the price difference is only around said two thousand rupees then the 2016 might still be better it might be a better choice but if AMD and they’re both partners managed to price the 5600 XD

The AMD Radeon RX 5600 XT is available right now, starting at $279 (about £215, AU$400) with some cards obviously going higher in price, depending on manufacturer and model. The 5600 XT we were provided with for review is the Sapphire Pulse model, which carries a slight factory overclock and a dual BIOS, and retails for $289 (about £220, AU$420).