Moto G7 series pricing leaks: Here’s what you might pay 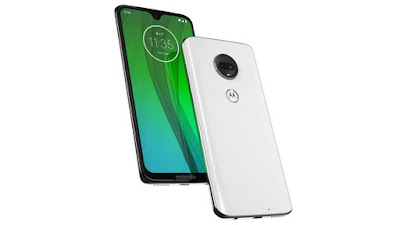 The Moto G7 series has been the subject of several leaks in the past few months, the latest of which gives us more renders and European pricing details. The series will start at 149 euros (~$170) for the Moto G7 Play in “most” European countries, according to MySmartPrice. Furthermore, the outlet says the device will be available in blue and gold color schemes. Meanwhile, the Moto G7 Power is tipped to launch in black and lilac purple for 209 euros (~$238). Pricing for the Moto G7 and G7 Plus wasn’t revealed though, but they’re almost guaranteed to be more expensive than the Play model (usually the cheapest device in a Moto G range). In any case, the Moto G7 is said to arrive in black or white color schemes, while the Plus device is tipped to feature red or blue color options.

The outlet has revealed a few new press renders too (seen above), showing off a waterdrop notch and dual camera setup on the standard and Plus variants. The renders also show off single rear cameras and bigger notches on the G7 Play and Power. We’re not sure when Motorola will officially reveal these devices, but the Moto G6 series debuted in April 2018. So it seems like there’s still a while to go before the company peels the curtain back. Nevertheless, the brand will need to offer plenty of bang for the buck if it hopes to claw back market share from the likes of Huawei, Xiaomi, and Realme.
Thanks For Visit